We’re all awaiting the Galaxy S23 reveal at Unpacked in a few weeks, but the S23 won’t be Samsung’s first phone release of 2023. That honor belongs to the budget-oriented Galaxy A14 5G, which goes on sale today for a mere $200. It offers a few meaningful upgrades over last year’s A13, and it gets a whopping four years of update support, which is rare even for phones that cost several times more.

The phone has somewhat larger bezels than more expensive phones, and there’s a tear drop-style notch for the front-facing camera instead of the less intrusive hole punch. Since the screen is LCD, you’ll also have a side-mounted fingerprint sensor instead of one in the display. On the flip side, this phone still offers a microSD card slot and headphone jack, both of which are increasingly rare even on budget phones.

Budget phones have suffered from supply chain shortages during the pandemic, regressing to lower-cost ARM chips and lower-resolution screens. While the Galaxy A14 doesn’t have a Snapdragon chip, it does have a very capable MediaTek Dimensity 700. It also sports a 6.6-inch 1080 x 2408 LCD touchscreen instead of the 720p panel on last year’s A13 and most other similarly priced budget phones. . It also has a 90Hz refresh for smoother animations.

Samsung promises multi-day battery life from the 5000mAh battery, but the 15W maximum charging speed is a little slow by 2023 standards. You won’t have to wait for an Android update right out of the box, though. While many budget phones are still shipping with Android 12, the A14 comes with Android 13 and the latest One UI interface. Plus, Samsung promises four years of security patches and two major Android OS updates (Android 14 and 15). That’s about all you can expect from a budget phone, which you’ll probably want to replace within four years. 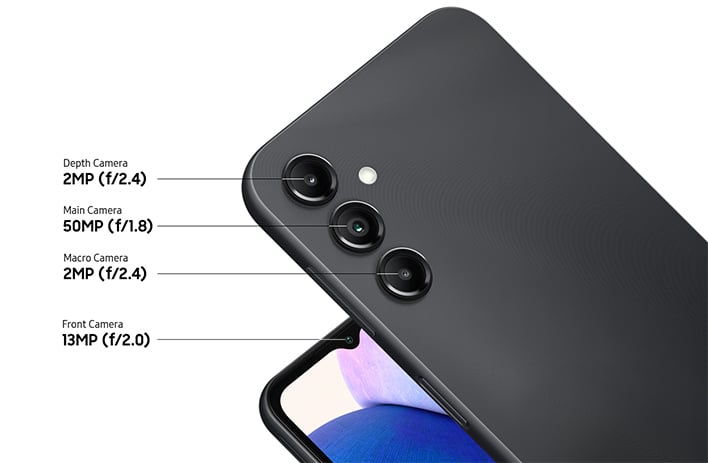 One of the places you have to compromise with budget phones like the A14 is the camera. This phone has three lenses on the back, but don’t expect the same results as a three-lens Galaxy S phone. The primary 50MP camera is nothing to sneeze at, but the 2MP macro and 2MP depth cameras will do little to improve your mobile photography experience.

Samsung offers the phone unlocked, as well as branded for all three major carriers. The carriers themselves will have the phone in their stores, but Samsung has instant trade-in offers. If you have an iPhone or Galaxy from a few years ago, it’ll probably shave $100 off the price tag.

Apple Card responsible for more than $1 billion in losses