The Razer Phone Cooler Chroma is a fan designed to cool smartphones that heat up when you play demanding games. And it has colorful LEDs to make it look even cooler.

The iPhone version uses MagSafe. There is also one for phones without built-in magnets.

Games are some of the software that have the most processors for the iPhone. The result is excess heat. During long play, the handset may noticeably heat up. And that’s bad for the iPhone battery.

Razer’s answer is Chrome Phone Cooler, which he discovered via Twitter on Tuesday:

Beat the heat with the new Razer Phone Cooler Chrome. With advanced cooling technology and Razer Chroma RGB, you can now stay cool in the heat of style. Available for iPhone and Android smartphones: https://t.co/frfDPWHmFq https://t.co/6bGjQXAa6N 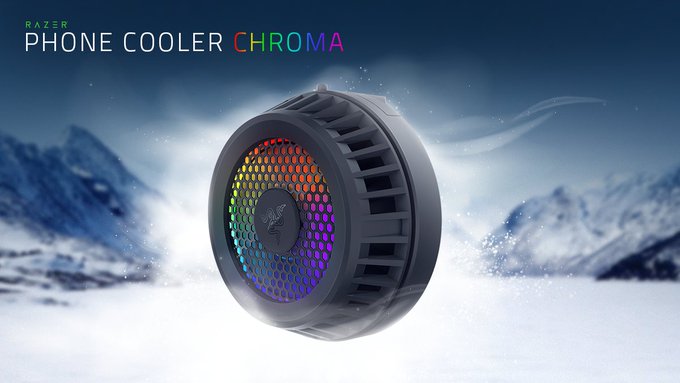 “Its electronic Peltier cooler panel with heat dissipates heat from your smartphone and dissipates it with a powerful yet quiet 7-blade fan, ensuring maximum airflow with minimal noise,” Razer promises. The fan spins up to 6400 rpm, but only generates 30dB.

To make it even more elegant, the Chrome Phone Cooler has a dozen customizable RGB LEDs under the fan. This offers 16.8 million colors, countless patterns and dynamic lighting effects in the game, according to Razer.

Users will need to keep the fan on. Accessories work via USB-C port, not internal battery.

The iPhone version connects to MagSafe magnets built into the back of the phone. Android users, or those with older Apple models, can turn to the Universal Clamp version.

Both versions of the Razer Phone Cooler Chrome are selling for $ 59.99 and are available from Tuesday on Razer’s website.

Twitter is posting the best tweets, lunches and campaigns about the brand in 2021