Pinterest has announced a new expansion of its Creator Fund program, which is designed to help support Pinterest creators in building a presence on the platform, and monetizing their Pin efforts, in order to keep them posting more often.

Initially launched in April last year, Pinterest’s Creator Fund has already helped a range of Pin creators to boost their presence in the app, with participants seeing 2.9x more Idea Pin impressions, on average, while increasing their overall monthly views by 72%.

Now Pinterest will look to support even more creators through the initiative:

“Through cash grants, ad credits and equipment, Pinterest will invest $ 1.2 million in underrepresented creators. The first of four cycles in 2022 is focused on Fashion and Beauty, and is sponsored by L’Oréal USA.”

The updated program, which, as Pinterest notes, will be focused on creators from underrepresented backgrounds, will include four Creator Fund cycles, with a different focus each quarter.

The first elements of focus are:

Pinterest says that the more specific, topic-based approach will enable deeper learning for the chosen creators in each field, while Pinterest is also extending the training program from four weeks to five to provide even more opportunity for insight and development. The participation of L’Oreal, and other sponsors, will also provide further industry knowledge.

In addition to the program’s extension, Pinterest is also looking to make the Creator Fund available to more regions later this year. At present, the Creator Fund is only available to participants in the US, but soon, it will be open to even more applicants – and when you consider that the vast majority of Pinterest’s audience is based outside the US, that’s another key step.

Building a more inclusive platform, in all respects, is also a key pillar of Pinterest’s strategy, with the app also recently expanding its hair pattern search tools to more regions. 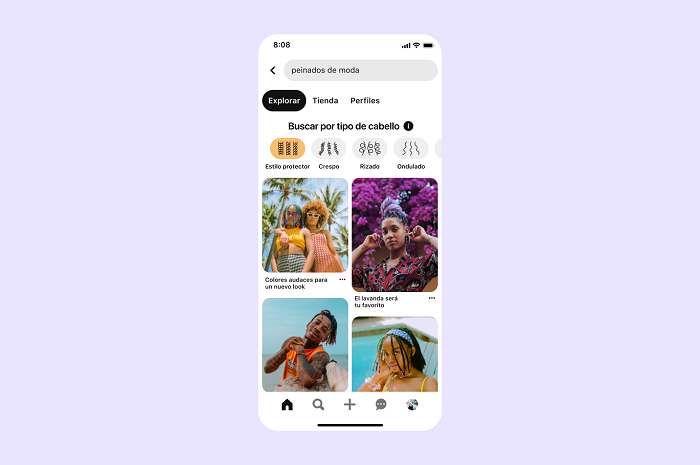 “Through object detection with computer vision technology, Hair Type Search allows users to refine searches with six different hair patterns: guard, coiled, curly, wavy, straight, and shaved / bald. This means that when a user performs a broad hair-related search, such as “hairstyles” or “hair color ideas,” they can narrow down the search by selecting one of six different hair patterns. Pinterest detected a hair pattern (protective, coiled, curly, wavy, straight, and shaved / bald) in over 500 million images on our platform.”

The Creator Fund forms another element of its expanded approach to audience inclusion and support, while also enabling Pinterest to ensure top creators get more specific benefits – which, ideally, will keep them more aligned to the app, and creating more content for their audience.

Which is part of the larger ‘Creator Economy’ focus that has all social apps now seeking to maximize appeal to top stars. Without your most popular creators, you’ll lose audience share, and as each app looks to sweeten the deal for top creative talent, that then ups the ante for every other app, in maintaining links with its own audience.

Pinterest seems like a more niche offering in this respect, but as more app functions become more aligned – ie each app adopting Stories, short-form video, etc. – that also means that the skillset required for creators to succeed in each app also becomes increasingly similar.

Pinterest needs to negate that where it can, which is why its Creator Fund is such an important element of its broader growth strategy.

You can learn more about Pinterest’s Creator Fund here.