If Meta really wants to re-connect with the youth, and boost its appeal to younger audiences, partnering with Rolling Stone could be one way of going about it.

This week, Meta has announced that it will work with the iconic music magazine on a new ‘Creator House’ activation to coincide with Coachella 2022, where it will showcase a range of tools, opportunities and creators to Coachella attendees.

As per Rolling Stone:

“Rolling Stone will once again partner with Meta to bring its successful Creator House activation to the desert valley. The brands will develop unique and engaging experiences for attendees to explore the products and tools that support creators’ storytelling ambitions – including Reels, Meta Quest 2 VR headsets and Ray-Ban Stories smart glasses. The activation is part of a larger partnership between Rolling Stone and Meta aimed at celebrating content creators at some of the most sought-after music and cultural festivals in 2022 – kicking off in Austin, TX at SXSW and culminating in Los Angeles with the celebration of Rolling Stone’s inaugural “Creators” issue. “

As Rolling Stone notes, it partnered with Meta on a similar activation at SXSW earlier this month, which included a range of panel discussions and demonstrations. 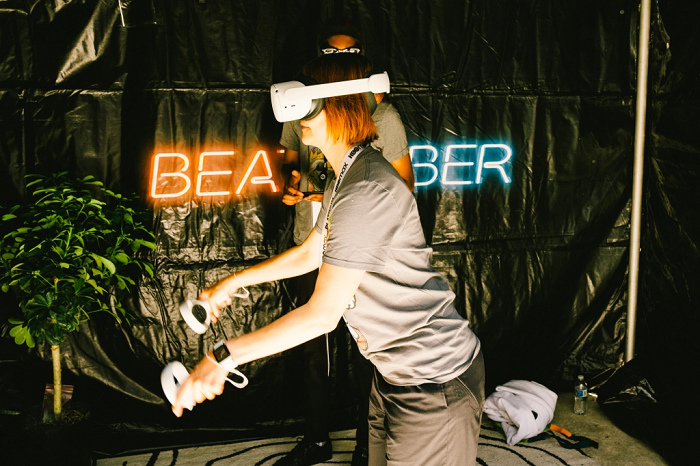 The Coachella event will be similar, and will also include a range of musical guests to keep attendees entertained as they learn more about Meta’s various offerings.

Meta has made reconnecting with younger audiences a key strategic focus, after its internal metrics showed that younger people are simply not engaging with Facebook at the same rate that they once were.

“We’re retooling our teams to make serving young adults their north star, rather than optimizing for the larger number of older people. Like everything, this will involve trade-offs in our products and it will probably mean that the rest of our community will grow more slowly than it would otherwise have. But it should also mean that our services become stronger for young adults.”

Event-linked activations like this are part of this key shift – because Meta knows that it’s younger users that spark online consumption trends, and if it wants to drive adoption of its VR headsets, in order to herd people into its evolving metaverse experience, it’ll need to show them just how cool it is – one user at a time if necessary – to maximize interest.

Providing direct insights on how creators are growing through Meta’s tools could also help to spark increased interest, and get more young influencers posting more often in its apps.

It may seem like a lesser element, but by aligning itself with fashionable events, that could help improve Meta’s reputation and cool factor, which could help re-shape its identity.

And let’s face it, Meta needs to refresh its presence. TikTok is now the shining light of social media, while Facebook has become the place where your parents and relatives share Minion memes and outdated opinions – it’s not the place that youngsters will actively go to connect with their friends and peers.

That’s part of the reason for the broadband Meta re-brand, to give the company a fresh start for its metaverse push, and through newer video tools and options, along with its VR environments, it’ll be hoping that the Meta branding triggers better associations than he old Facebook blue.

We’ll see if it works out – Meta’s Coachella Creator House will be active on April 15th and 16th in Palm Springs.