Meta has announced a range of new additions for Pride Month, including new stickers and AR activations across its apps, and dedicated VR spaces to highlight queer culture, and showcase the LGBTQ + community.

First off, on Meta’s latest stickers and tools to enable users to participate in the Pride Month celebration. Starting today, users can customize their avatars and avatar stickers with Pride-themed additions, available in Stories on both Facebook and Messenger.

The new features will be available year-round, and will also expand to Instagram, where some people can now also use Avatar reactions and other custom stickers.

Meta’s keen to emphasize the usage of avatars, with an eye to the next stage of connection, where your digital character will increasingly be used to represent your presence in various spaces. Small updates like this aim to underline the value of avatars to showcase a more customized, personalized version of its generic stickers and tools, which will ideally help Meta transform these images into more habitual engagement tools.

Meta’s also adding new stickers for Instagram, Facebook and Messenger, which have been created by LGBTQ + artists. 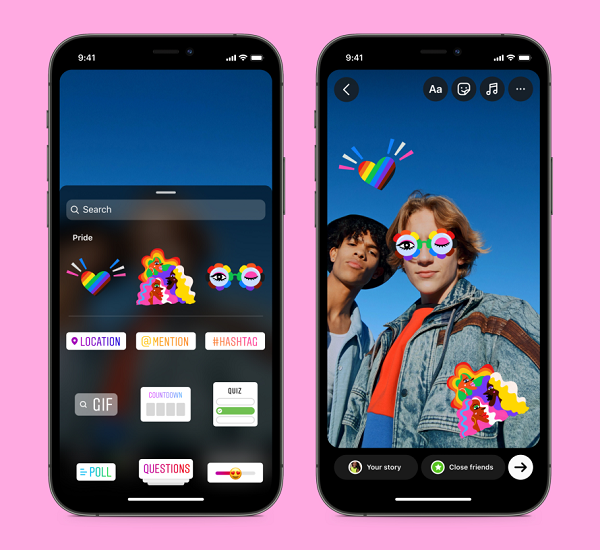 Meta’s also bringing back the rainbow Stories circle for Stories that use Pride-related hashtags. 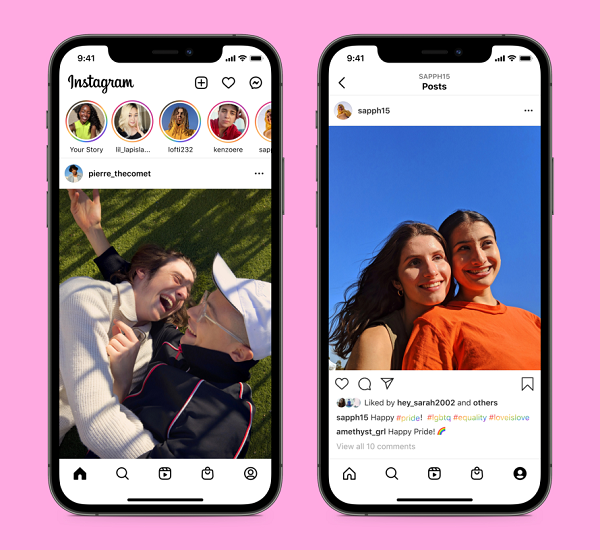 A Strange Loop, which also won the Pulitzer Prize, tags itself as a ‘big, Black, and queer American musical‘, and aims to help advance discussion around LGBTQ + communities.

In the VR space, Meta’s building a custom experience in Horizon Worlds, where it will host conversations with LGBTQ + community leaders, with a focus on building towards a more equitable future in the metaverse.

“On Meta Quest, check out the newest episode of Weird Times, which explores the experience of coming out as a teen in the current political climate when LGBTQ + rights are under attack. In Horizon Venues, you can watch “March for Dignity” on June 2, a documentary that follows a small group of LGBTQ + activists in Tbilisi, Georgia as they attempt to conduct the first Pride March in the country. ”

The focus on safety and advancing the existing systems in the new metaverse shift is important, and it will be interesting to see how tools like Horizon Worlds can facilitate new forms of community online.

Meta’s also looking to improve safety measures in its current state as well, with the launch of a new one LGBTQ + Safety Center Hub on Facebook, which will provide easy access to resources that can help the community feel safe.

“In the hub, you’ll find a range of safety features, including guides to improve account security, tools to prevent bullying and harassment, and details on how to report harmful content.”

The dedicated space will provide more specialized advice for the LGBTQ + community, which could make it easier to find more contextual matches to their concerns, and connect users with dedicated support services.

Meta’s also hosting an in-person Pride Skate Day, which will feature ’emerging and established LGBTQ + skate creators at the intersection of sports, fashion and culture’, while it will also highlight how the LGBTQ + community uses Facebook Groups in a portrait series entitled “My Chosen Family ”.

Finally, on both Facebook and Instagram, Meta will showcase LGBTQ + owned SMBs, while it’s also publishing an updated Global LGBTQ + Cultural Guide later this month, to ‘educate and inspire authentic ways to support the LGBTQ + community’.

There’s a range of ways that users can get involved in these events and activations, enabling people to show their support for the LGBTQ + community, which can go a long way in improving acceptance and equity in society.

It may not feel like a big deal, but maybe, by showing your support, that could be a big marker for a change of thinking in others, contributing to broader unity overall.

What is a Photo Dump and Why Should Marketers Care?