I know the logic behind this, and I understand why Meta would do it. But there is a whiff of desperation here, of trying to latch onto the TikTok horse as it bolts away, taking all of Instagram’s popularity with it.

Today, Meta has announced that virtually all video uploads will now become Reels, whether you want them to or not, while it’s also added a range of new creative tools for Reels as it doubles, and triples down on the short video format.

The main change is in bringing all video clips into the Reels feed.

“Since reels offer a more immersive and entertaining way to watch and create videos on Instagram, we’re bringing the full-screen experience to your video posts, too. In the coming weeks, new video posts shorter than 15 minutes will be shared as reels. Videos posted prior to this change will remain as videos and won’t become reels.”

Yes, 15 minutes. That’s not exactly short form, which means that pretty much all uploaded videos in the app will now be fed into the Reels stream.

In some ways, that makes sense. Reels is the fastest growing content format in the app, and the broader popularity of TikTok has led to habitual changes in consumption behavior, which means that users are now instinctively more aligned to the format.

In that sense, Instagram should feed into it where it can – but still…

The broader concept would be that as more people watch Reels, more content can only be beneficial for engagement, while it should also mean more views on your clips, as they’ll be surfaced within that stream.

But it could also make Instagram less differentiated, less unique – and again, it does feel a little desperate from Zuck and Co.

Either way, it’s a new dawn for Instagram content, and it’ll be worth monitoring your stats, and considering how you can best lean into the latest Reels trends to maximize engagement.

In addition to this, Instagram’s also adding a range of new creative tools for Reels clips 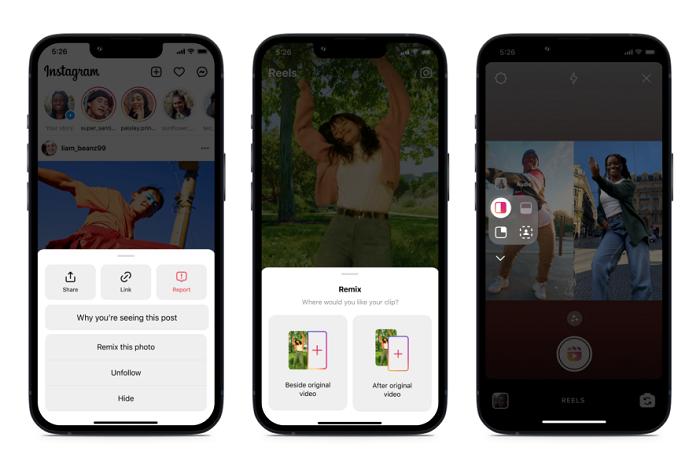 Instagram’s also expanding access to it Reels templates option, which enables you to use existing, popular Reels formats as templates for your own clips, while it’s also adding a new Dual camera mode, so that you can capture content and your reaction at the same time, using your phone’s front and back cameras simultaneously. 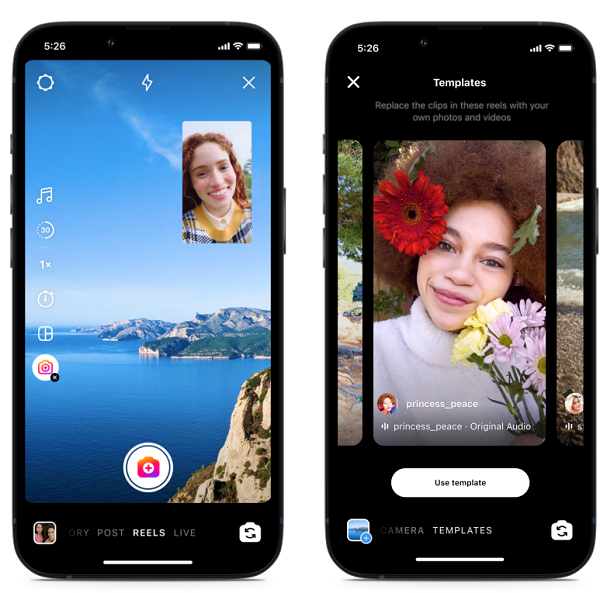 These additions also align with already established TikTok trends – so, pretty much, if you’re used to TikTok, you’ll already be prepared for these new creative options and tools.

Which is kind of the aim, but also kind of a concern. If Instagram remains solely focused on TikTok, then there is no real originality in the app, and less of a unique value proposition.

Where’s the leadership that Meta once held as the main platform in the social media space?

It used to be that Facebook and Instagram were the apps that broke new trends, that showcased new tools, but since the introduction of Stories, it’s all been about replication, and defending its territory as best it can with rip-offs and copycat features.

Meta, in general, is more focused on the next stage, in the metaverse, and maybe then, it just needs to get its main apps through until it can transfer users into its next big phase, where it will take the reigns of leadership once again.

But I’m not sure that Instagram users really want this, nor that it will help Meta maintain its leadership in the long run.

Either way, the stats will tell the tale. You or I may not like these replicant features, but if people use them, and IG engagement goes up, it’s Meta that will have the last laugh.