Based on at least some recent numbers, the air appears to be leaking out of the initial NFT bubble, which means that if Meta wants to get in on the tail end of the hype, it needs to go now with its launch of NFT showcase features.

As such, it comes as a little surprise to see Instagram’s long in-development NFT display options are now getting an initial release.

As announced by Instagram chief Adam Mosseri, IG is launching an initial test of its new NFT features with selected creators in the US. The process will include integrations for Ethereum and Polygon, with additional support for Flow and Solana coming soon. NFT owners will be able to connect their Rainbow, Trust Wallet and MetaMask accounts to verify NFT ownership.

Users will be able to display their NFTs on the main IG feed, within Stories or in Direct Messages. While there will also be a new NFT tab added to participating accounts, with a tick in a hexagon to indicate verified NFTs. 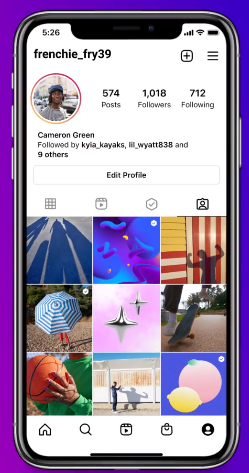 You can see in this image that the hexagon tick indicator will also be included on NFT images posted within your main post feed.

Instagram’s been developing the option since June last year, with initial examples showing how IG could not only showcase your NFTs, but facilitate NFT sales as well, merging into the broader digital products market. 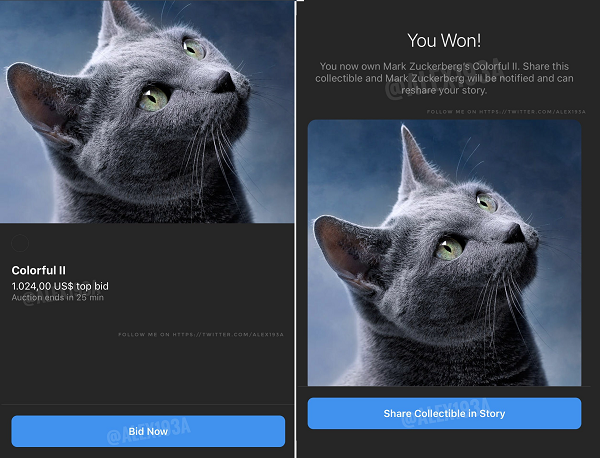 You can see in this example how NFT bidding could eventually be integrated into the process, providing a more complete connection into the broader NFT marketplace.

Meta CEO Mark Zuckerberg has also talked up the potential of NFTs, and the expanded role that digital goods will play in the coming Metaverse shift, with the clothing that you dress your digital avatars with potentially also eventually able to be minted as NFTs and tied to your digital identity.

But as noted, NFT trading has been on a steady decline since its initial hype period. A recent report in The Wall Street Journal noted that there has been a 92% decline in NFT sales since September, and an 88% decline in active wallets since November.

That reduced demand has also crashed the value of some big name NFTs.

“An NFT of the first tweet from Twitter co-founder Jack Dorsey sold in March 2021 for $ 2.9 million to Sina Estavi, the chief executive of Malaysia-based blockchain company Bridge Oracle. Earlier this year, Mr. Estavi put the NFT up for auction. He didn’t receive any bids above $ 14,000, which he didn’t accept. “

NFT enthusiasts have questioned these data points, suggesting that they’re cherry-picked examples, but the broader trend, based on industry stats and projects, does suggest that NFTs are cooling off, at least in their current form.

Which is probably the most critical point. As Zuckerberg notes, the potential of NFTs expands well beyond the current flood of cartoonish avatar pictures, with seemingly thousands of ‘artists’ throwing together all manner of random images in the hopes of cashing in.

Those PFP (profile picture) projects do indeed seem to be waning in popularity, but eventually, there will be ways to use the back-end process of NFTs to display ownership of a broad range of digital items.

So while NFT as we currently know them seem to be on the way out, the process they embody could well become a key foundation of the next stage.

Which is likely why Meta is pushing ahead, even if people appear to be getting a little sick of them – and with so many rug pulls and rip-offs, and so many crappy ‘projects’ in the space, it’s no surprise to see people turning away.

But there is still underlying potential, while many people are already well invested in the current NFT space.

In addition to today’s launch, Zuckerberg also notes that NFT display options are coming to Facebook soon, along with augmented reality NFTs for Instagram Stories.

Will that lead to broader adoption of NFTs, or is it just a means for Meta to latch onto the initial hype phase before they die out?