The powerful Mac Studio desktop first reaches customers on Friday, but initial reviews are out to answer any lingering questions about Apple’s latest macOS desktop.

This is supposed to be Apple’s new mid-range desktop, but hands-on tests show it beats the 2019 Mac Pro hands down.

The Mac Studio is Apple’s first new desktop line in many years. It can be configured with an M1 Max processor, but all the attention is on the version with the M1 Ultra, the fastest processor Apple has ever made.

Expect the extra power to have real world use. “We ran a few different benchmarks across Premiere Pro and After Effects, and the M1 Ultra beat our Mac Pro model in every single one,” said Monica Chin from The Verge.

As for the M1 Max version, the 12,642 score shared by Engadget is in line with the MacBook Pro with the same processor.

The Mac Studio has the same footprint as a Mac mini but is about twice as tall. Some of the extra room is used for a wide array of ports, which drew paise from reviewers. That includes six Thunderbolt 4 / USB-C ports, a pair of USB-A ports, HDMI, Ethernet and more.

“Even if your work doesn’t require the full power of an M1 Max or Ultra, the amount of I / O here does make the Studio better suited for all kinds of workloads than the M1 Mac mini,” said Andrew Cunningham from Ars Technica.

Some of the ports are on the front, but not one you might expect. “My only quibble is the rear headphone jack / line out connection: It’s fine if you’re using speakers, but it’s annoying for people who constantly need to plug and unplug their headphones,” he said. Engadget‘s review.

Not all the news is good. The Mac Pro is easily upgraded by users. Not so the new desktop.

“One of the truest-to-form Apple moves in the Mac Studio is the lack of post-purchase upgrade options, or even user-accessible internals,” writes Brian Westover from PCMag. The Studio may pack a lot of hardware inside, but it’s not letting users get to any of it. “

As far as I can tell, there is no way to open a Mac Studio. Which isn’t a surprise as far as RAM or GPU upgrades – we knew Apple would never allow that… but the thermals on this machine are super important and we can’t even clean out the fans every few months 🙃 https: // t .co / Mtkc9xkJOb 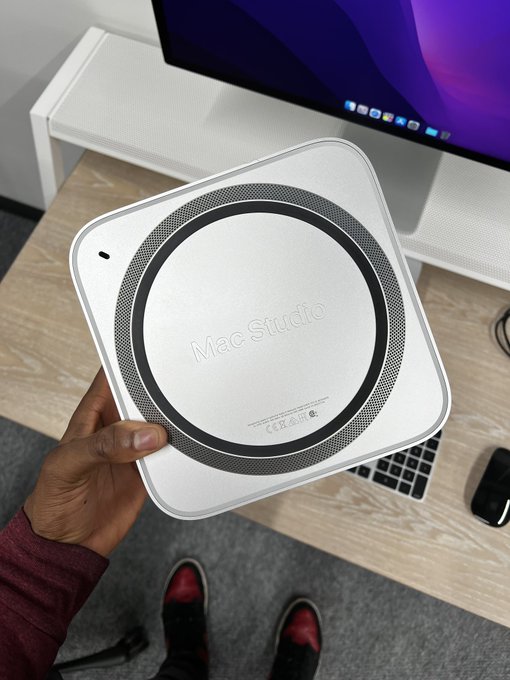 Final thoughts on the Mac Studio

Aside from a few complaints, initial reviews of Apple’s latest macOS desktop were quite positive. Especially for the M1 Ultra version.

“It’s easy to tell who the Mac Studio is for: People who demand power, ports and reasonably priced hardware,” he says. Engadget‘s summation.

“I didn’t see anything crash or not work the way it was supposed to,” Monica Chin said The Verge. “What I did see was a host of professionals being shocked by how much they could get done on this machine. They were using the same software they use every day, but they were doing things with it they’ve never been able to do before. ”

There’s somewhat less excitement for the Mac Studio with the M1 Max. PCMag calls it a “fantastic option for Apple users who need more power than other recent Mac offerings, but not a lot more power than they’d see in the M1 Max version of the MacBook Pro.”

How to Use TikTok on Desktop (PC or Mac)