One of the new features in iOS 15.4, released earlier this week, is a new, gender-neutral voice for Siri.

Apple developed the gender-neutral voice in response to criticism for using female voices as the default for the virtual assistant. If you want Siri to use a voice that is not explicitly female or male – maybe if you don’t identify that way yourself, or if you just want a nongendered voice assistant – now you have the option.

Here’s how to switch to the new voice on iPhone, iPad and Mac.

Some have expressed criticism of using female voices and female names as the default – or only – option for voice assistants. As marketing analyst Ella Fisher wrote, “they can subconsciously reaffirm the outdated social construct and gender bias that women are subservient, quiet, polite and here to ‘assist’ others.”

This discourse isn’t new, either, with Adrienne LaFrance writing for The Atlantic in 2016, “it still sounds like a bit of a reprimand whenever I hear someone talking to an Amazon Echo.”

As previously changed in iOS 15, Siri voices are no longer named, and are instead numbered 1–4. In iOS 15.4, Apple has introduced Voice 5, which is gender neutral. Apple confirmed to Axios that the new voice “was recorded by a member of the LGBTQ + community,” adding that this will give users “more options to choose a voice that speaks to them.”

How to switch to the gender-neutral voice

First, update to iOS 15.4 if you have not already (Settings> General> Software Update).

Set Variety to American and select Voice 5. It may take a few minutes to download the high-quality audio samples. If you don’t see the options for American, Australian, British and other varieties, you probably have Siri set to a different language. Go back to Siri & Search> Language and select one of the English options. 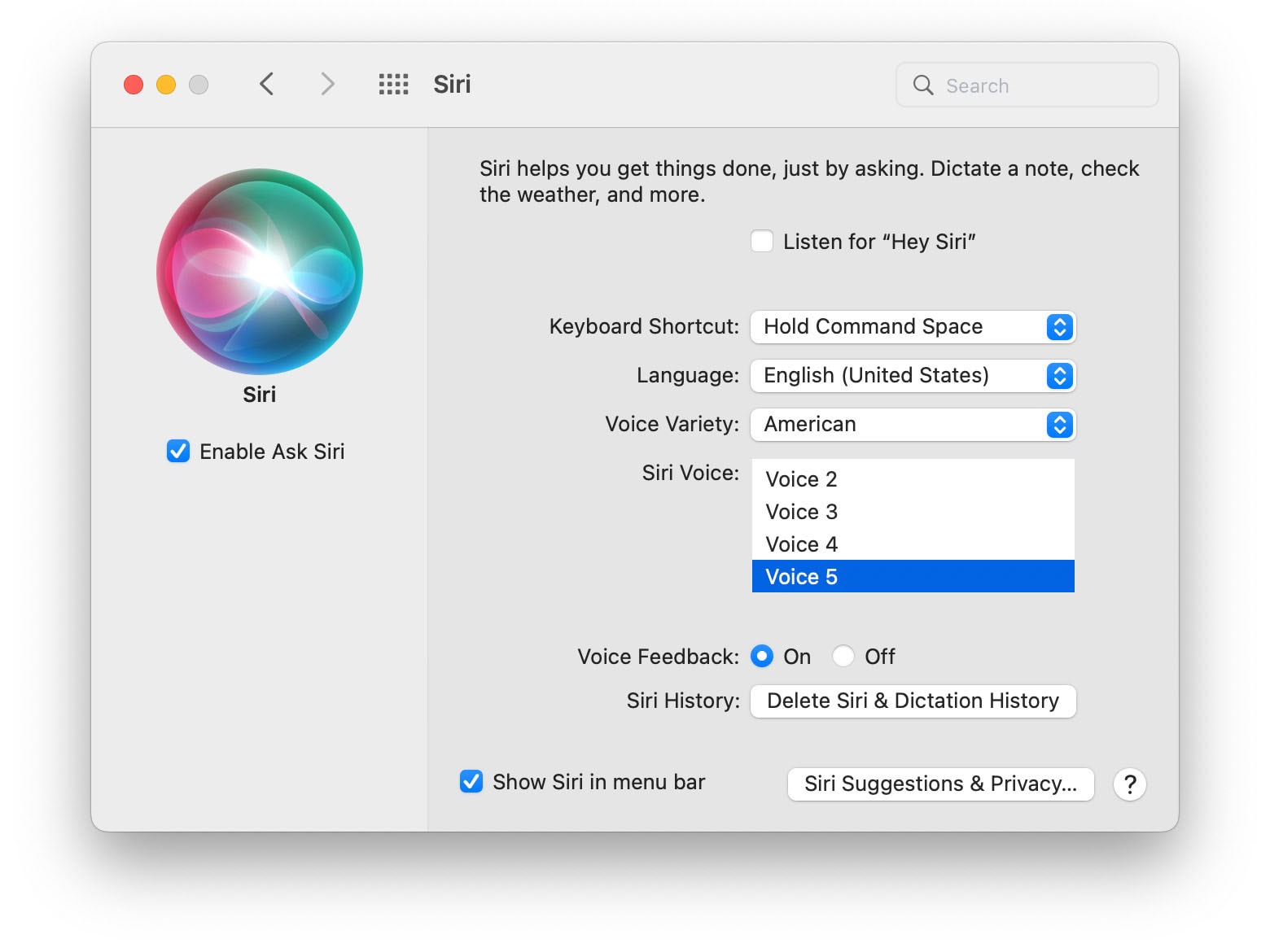 First, update to macOS 12.3 if you have not already (System Preferences> Software Update).

Open System Preferences> Siri. Set Voice Variety to American and Siri Voice to Voice 5. It may take a few minutes to download the high-quality audio samples. If you don’t see these options, make sure Language is set to one of the English options.

What do you think?

Popular Apple blogger John Gruber commented, “I listened to it yesterday and it sounded a little female to my ears; today I listened again and it sounded slightly male. Sort of like one of those optical illusions that changes when you stare at it. ”

Personally, I still think it sounds unambiguously female, but your mileage may vary.

Does it sound gender-neutral to you?

Put your Apple Watch to work with this smart, discounted elliptical desk

YouTube Rolls Out Activity Graph to All Videos, Ups the Maximum Price of Channel Memberships
16 hours ago