Dyson is actually launching the crazy-looking noise cancellation headphones with a built-in air purifier that was previewed to the public back in March of this year. Be prepared to empty out your wallet for one and possibly be shunned by the rest of society.

The Dyson concept (also called the Zone) is going to see the light of day for an eye-watering $950. For that, you’ll be getting a unique device capable of being a high-fidelity noise canceling headphone with a detachable mouth/nose visor that purifies 99% of particle pollution.

The specifications of the headphones alone are pretty impressive. There are 11 mics onboard, with 3 used for phone calls and the rest to monitor noise. The active noise canceling (ANC) setup is claimed to reduce up to 38db of ambient sound. We’re curious to know how the system behaves with the filtration unit running at full tilt, though. For sound, the Dyson Zone is capable of 6Hz to 21kHz, with a companion app to customize EQ settings. The headphone battery life is claimed at up to 50 hours with ANC enabled but filtration turned off. 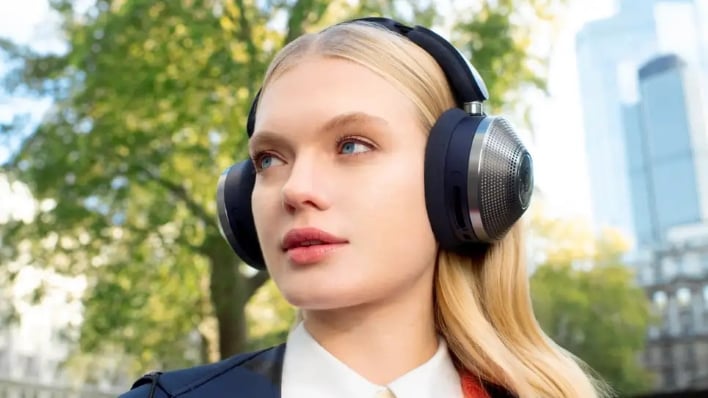 Without a doubt, the biggest talking point of the Zone is the filtration unit. Dyson is marketing this for urban dwellers—with more than half of the global population living in polluted cities, the company is hoping that adopters who work and commute in these areas will benefit from the Zone’s high-efficiency filters. The unit itself snaps magnetically into slots on each earcup, and is claimed to clean 99% of particle pollution down to 0.1 microns. Moreover, potassium-enriched carbon filters target acidic gases (like NO2 and SO2) as air is pushed through the system. In fact, the MyDyson app will also be able to track air quality around the user in real-time, as well as provide information such as filter lifespan. Battery life with audio and air-purifying unit running tanks the battery down to 4 hours.

The Dyson Zone will begin sales in January 2023 in the Chinese market, followed by the US, UK, Hong Kong SAR, and Singapore markets in March.