During CES 2022, Colorful introduced three new micro-ATX motherboards based on Intel’s latest B660 chipset. With support for Intel’s 12th-generation Alder Lake processors, the Colorful CVN B660M Gaming Pro V20 and B660M Gaming Frozen offer support for PCIe 5.0, 2.5 GbE, Wi-Fi 6 and two M.2 slots. The other model is the Colorful Battle-Ax B660M HD Deluxe V20 which offers a set of features more focused on the budget, with PCIe 4.0 and Gigabit Ethernet.

Both the Colorful CVN B660M Gaming Pro V20 and the B660M Gaming Frozen V20 share an identical set of features, with the only differences coming in design. The design follows a military theme based on American CVN aircraft carriers.

The Gaming Frozen V20 has a white PCB with a silver back cover and a silver heatsink, while the Gaming Pro V20 has a black PCB. Both models include RGB LEDs integrated on the right edge of the board and under the chipset heatsink. The feature set of both models includes one full-length PCIe 5.0 x16, one half-length PCIe 3.0 x4 and one smaller PCIe 3.0 x1 slot. Colorful also lists support for DDR4 memory, with support for up to 128 GB on four slots.

For storage, there is one PCIe 4.0 x4 M.2 slot that includes an M.2 cooler, while the boards also have one PCIe 3.0 x4 M.2 slot and four SATA ports with support for RAID 0, 1, 5 and 10 arrays. In terms of networking, both CVN Pro V20 models include an Intel I225-V 2.5 GbE controller with an unspecified Intel Wi-FI 6 CNVi. Colorful also does not specify which HD audio codec is used. Also on the back panel is one USB 3.2 G2 Type-C, two USB 3.2 G1 Type-A, four USB 2.0 ports, with DisplayPort and HDMI video pairing output.

The colorful Battle-Ax B660M-HD Deluxe V20 has a more modest set of features and aesthetics than CVN branded models, no back cover, no power delivery cooler and only a small chipset cooler. Designed as an initial option on Intel’s Alder Lake, Colorful includes one full-length PCIe 4.0 x16 slot and one smaller PCIe 3.0 x1 slot. There are also two memory slots with DDR4 support and a capacity of up to 64 GB. 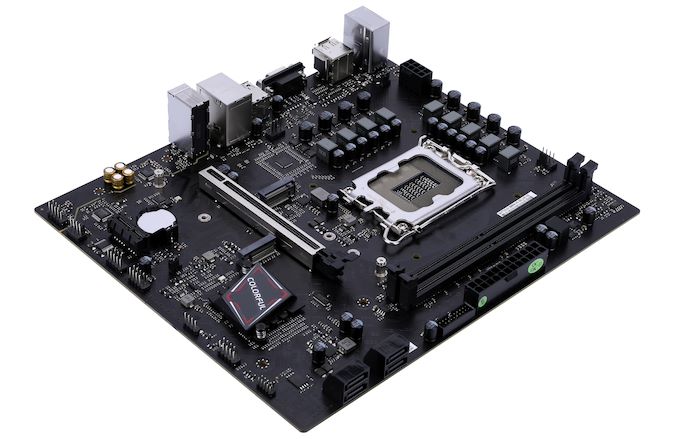 Other features of the Battle-Ax B660M-HD Deluxe V20 include two M.2 slots, both with support for PCIe 4.0 x4 drives, with a total of four SATA ports capable of supporting RAID 0, 1, 5 and 10 arrays. The board has an Intel I219-V Gigabit Ethernet controller, although Colorful does not specify which HD audio codec it uses. In terms of rear panel connectivity, Colorful includes four USB 3.2 G1 Type-A, two USB 2.0 ports, three video outputs consisting of DisplayPort, D-sub and HDMI, with PS / 2 combined port for obsolete keyboards and mice.

Colorful has not informed us at this time about prices or availability.

HomeKit shakes things up at CES 2022