After weeks of speculation about the new Apple Music app for the PlayStation 5, the streaming service has finally arrived on Sony’s latest home console, allowing subscribers to enjoy their favorite playlists while playing.

However, the application lacks one of its most impressive features. Users have found that surround sound with Dolby Atmos is not available for Apple Music songs on the PlayStation 5.

You can enjoy Apple Music on the PS5 by downloading the new app, which officially debuted on Wednesday. It comes with some nice features, including the ability to watch music videos in 4K and support for background streaming.

This means you can start playing a song, album or playlist in Apple Music, then jump into the game and continue to hear your music as you play. This makes it a great alternative to Spotify, the only other app for streaming music on the PS5. 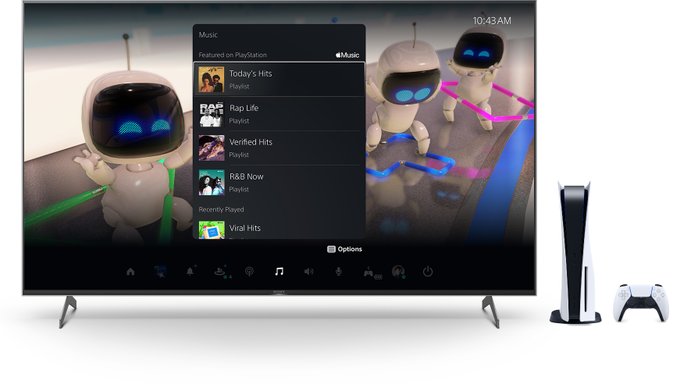 But there is one big feature that is missing. Apple Music users quickly discovered that the PS5 version of the app does not support surround sound with Dolby Atmos, which means you won’t hear your music in surround sound.

This is probably because the PS5 itself does not support Dolby Atmos, although it will broadcast Atmos sound from Blu-ray discs. Instead, it relies on Sony’s proprietary Tempest 3D Audio engine for surround sound.

Headphones could play a role

The lack of support for Bluetooth headsets on the PS5 could also be a factor, as it doesn’t originally work with the AirPods, Beats and other wireless headsets needed to enjoy surround sound in all its glory.

Given these obstacles, it is unlikely that surround sound will come to Apple Music on the PS5 at all. But you never know – there may be solutions to these problems that Apple and Sony are working on behind the scenes.

Chinese students are suing Apple for giving up the iPhone charger