Akasa is one of the very few vendors to carry a portfolio of passively-cooled chassis solutions for the Intel NUCs. We had reviewed their Turing solution with the Bean Cayon NUC and the Newton TN with the Tiger Canyon NUC, and came away impressed with the performance of both cases. At CES 2023, the company is upgrading their portfolio of fanless NUC cases to support the mainstream NUC Pro using the 12th– Gen Core processors – the Wall Street Canyon.

The Turing WS builds upon the original Turing chassis to accommodate the updated I/Os of the Wall Street Canyon NUC.

The 2.7L chassis can be oriented either horizontally or vertically, and retains the ability to install a 2.5″ SATA drive. Improvements over the previous generations include the inclusion of an updated thermal solution for the M.2 SSD. 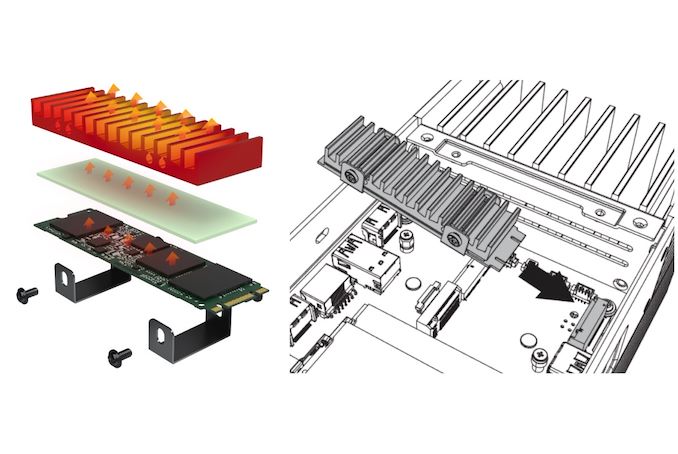 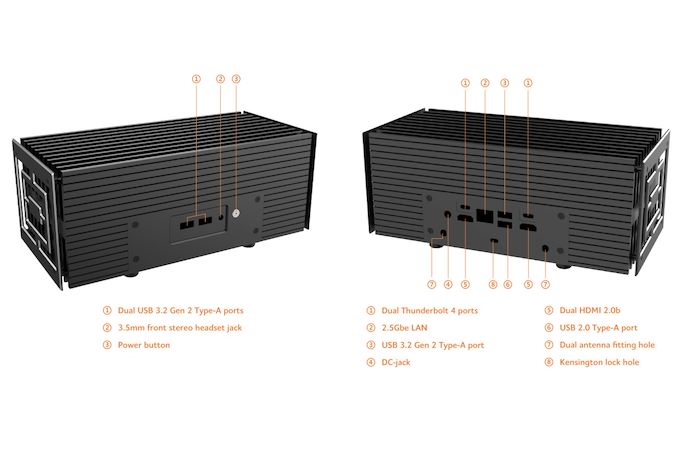 The Turing WS retains all the I/Os of the regular Wall Street Canyon kits and also includes antenna holes for those requiring a Wi-Fi connection in the system. The company does offer suggested complementary additions to the build for that purpose – a tri-band Wi-Fi antenna and corresponding pigtails. We would like to see these getting included by default for the DIY versions of the Turing WS that get sold in retail.

The Newton WS is a minor update to the Newton TN that we reviewed last year. 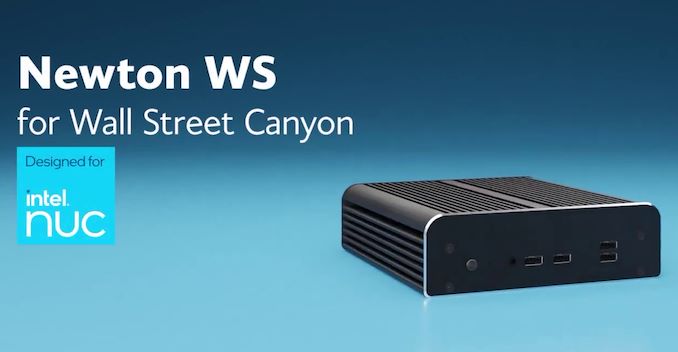 The key change is the removal of the serial cable and corresponding rear I/O cut-out. In fact, Akasa indicates that the Newton TN can also be used with the Wall Street Canyon for consumers requiring the serial I/O support. 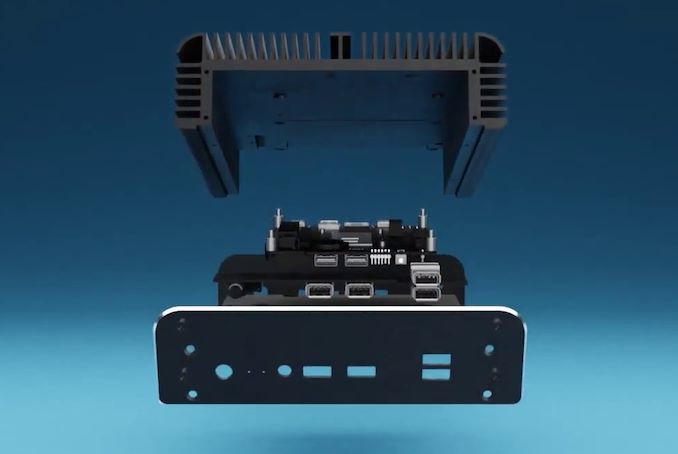 The 1.9L volume, additional USB ports in the front I/O (that are not available in the regular Wall Street Canyon kits), and VESA mounting support are all retained in the Newton WS.

The Plato WS is a slim chassis (39mm in height) that builds upon user feedback for the previous Plato cases. The key update over the Plato TN is the integration of support for the front panel audio jack. 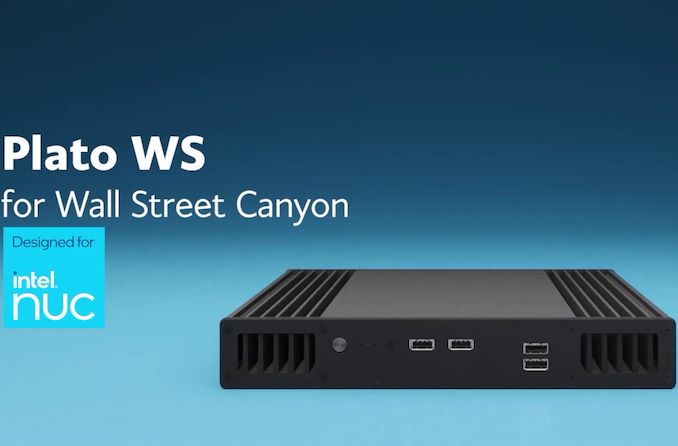 The Plato WS carries over all the other attractive aspects of the product family – VESA and rack mounting support, 2.5″ drive installation support, serial port in the rear I/O, and additional USB 2.0 ports in the front panel. 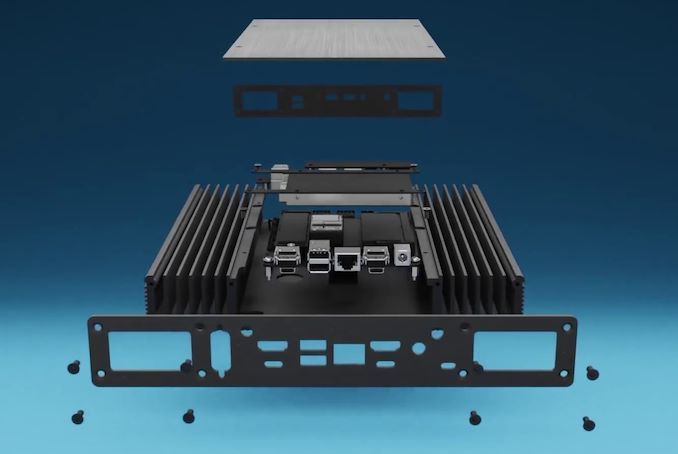 In addition to the above three SKUs, Akasa also recently launched the Pascal TN, a passively-cooled IP65-rated case for the Tiger Canyon and Wall Street Canyon NUCs, making it suitable for outdoor installations. 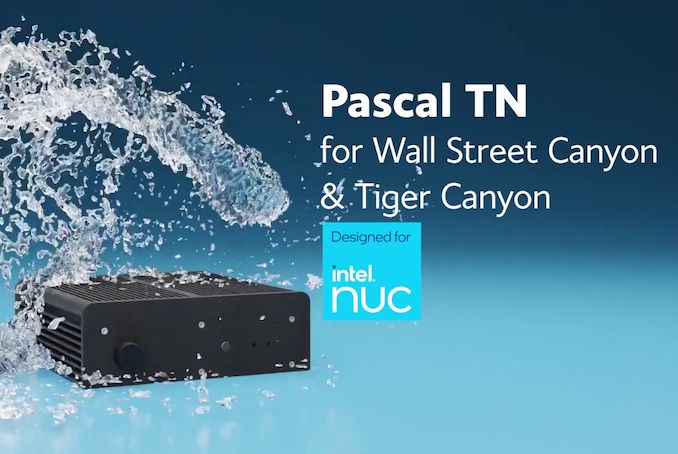 Akasa’s main competition comes from fanless system vendors like OnLogic and Cirrus7 who prefer to sell pre-built systems with higher margins. In the DIY space, we have offerings like the HDPLEX H1 V3 and HDPLEX H1 TODD which unfortunately do not have wide distribution channels like Akasa’s products – as a result of lower volumes, the pricing is also a bit on the higher end. For Wall Street Canyon, Tranquil is also offering a DIY case in addition to their usual pre-built offerings. It remains to be seen whether the company remains committed to the DIY space.

Passively-cooled cases usually have a significant price premium that regular consumers usually don’t want to pay. Vendors like Akasa are bringing about a change in this category by offering reasonably-priced, yet compelling products via e-tailers. Simultaneous focus on industrial deployments and OEM contracts as well as consumer retail has proved successful for Akasa, as evidenced by their continued commitment to thermal solutions for different NUC generations.